Before we track them let’s know a bit about O’Neill brothers.

The O’Neil brothers are the gang of Grand Theft Auto V. An inbreeding family, the O’Neil brothers are a drug-manufacturing and arms and drug trafficking organization that operates on Grapeseed’s farm. They’re competing against Trevor Philips Enterprises, with Los Varrios Aztecas and The Lost Brotherhood until Trevor wipes them out.

In Crystal Maze, Trevor learns that Tao Cheng’s father, Wei Cheng, plans to do business with the O’Neil Brothers instead. Enraged, Trevor drives from the Yellow Jack Inn to O’Neill Ranch, killing most of the O’Neill clan and burning down a drug lab underground to destroy the Ranch house.

Shortly after Trevor plays The Merryweather Heist, Elwood calls Trevor and threatens to find him and kill him. The three O’Neil Brothers surviving Predator carry anti-tank rockets to Trevor’s Vespucci Beach hideout, and find out from either Floyd Hebert or Wade Hebert that Trevor has returned to Sandy Shores.

When the O’Neill Brothers leave for Blaine County, they are tailed by Franklin Clinton and his dog chop. During the chase, O’Neils destroy the SUV as the elk jumps out in front of them and flees on foot in the woods near Raton Canyon. Trevor, Franklin and Michael De Santa track down and eliminate the rest of the O’Neil clan.

Related article: When is Grand Theft Auto 6 Coming Out?

How many O’Neill brothers are there GTA?

Elwood is a member of the O’Neill brothers of inbred redneck and is the brother of several siblings including, Wynn, Walton, Earl, Ernie, Daryl, Doyle, Dan, and Dale.

O’Neill brothers house is in ranch Grapeseed. Grapeseed is located on the northeastern tip of the Alamo Sea, it’s a thriving agricultural and industrial community involved in the manufacture of high fructose corn syrup and meth. 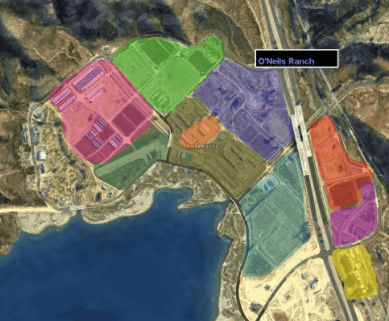