Original version: after installing the I’m Not a Hipster update in single-player, it’s available in all protagonist’s garages.

Cunning Stunts: Before the Special Vehicle Circuit update, the Dubsta 6×6 vehicle could only be purchased after reaching rank 100. 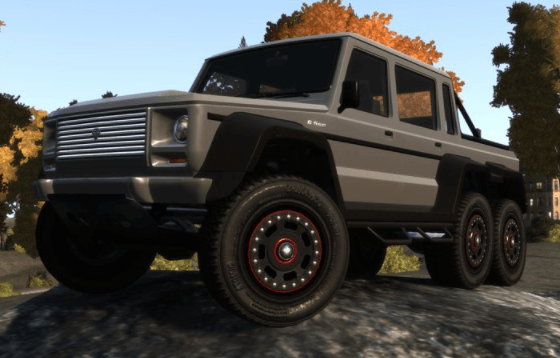 As expected from a heavy six-wheel truck, the Dubsta 6×6 is a very heavy but very stable vehicle. The Dubsta 6×6 retains the same engine model and sound used in the regular Dubstar. Although it is stated to be powered by a large supercharged V12 engine, the modeled turbocharged straight-4 combined with a six-speed transmission makes it relatively easy to power the vehicle on steep slopes.

Dubsta 6×6 has a modeled turbocharger. This is purely cosmetic and will not affect performance unless players purchase turbo mods from Los Santos Customs. Top speed and acceleration are very impressive better than all Off-Road rated cars, but the long wheelbase and large turning radius require a lot of handling.

Understeer when off-road and/or at high speeds. Braking power is also sub-par, and upgrades do little to improve it. It is durable because it can withstand many head-on collisions before the engine fails. The 6×6 can easily push small vehicles off the road and can withstand a lot of gunfire.

Bulletproof tires are highly recommended as handling will not be hampered by gunfire from large, exposed tires. Heavy off-roading often crashing into rocks causes a lot of visible minor damage and eventually breaks the front suspension, resulting in massive understeer.

Moreover, passengers riding in truck beds can fall from the vehicle, especially in the event of gunfire and rollover. The Dubsta 6X6 can withstand a lot of water depth. You can go as deep as the grill badge before the engine shuts off.

How many people can fit in the Dubsta 6×6?

Unlocked when players reach rank 100 and with a capacity of 6 people, this vehicle is perfect for ferrying heavily armed entourage. 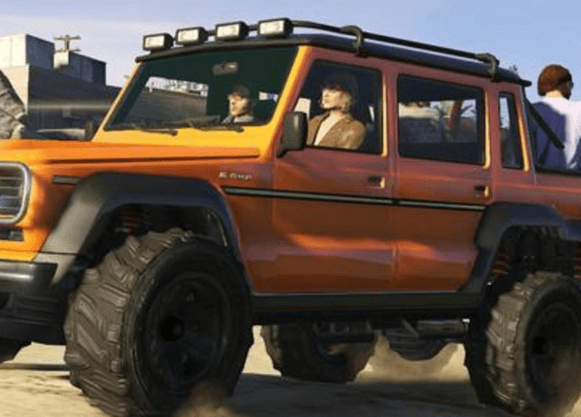 Can you customize the Dubsta 6×6?

Yes, you can customize Dubsta 6×6, below you can watch the video to know how to upgrade/customize the Dubsta 6×6 in GTA 5 Online.